before picture early may 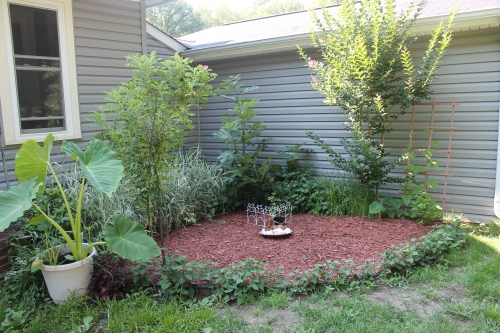 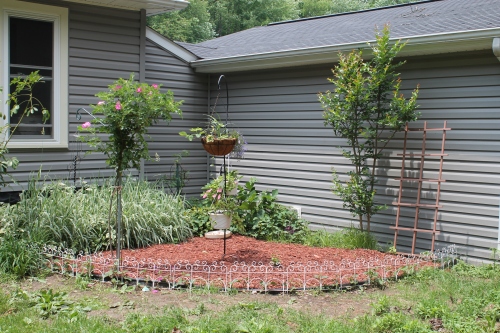 june, so one for each month, see the changes?

I planted a topaz jewel next to the trellis with the morning glories, hard to see and a golden gate rose in the middle with a little fence around it. the rose that you can barly see in the first died so I removed it. 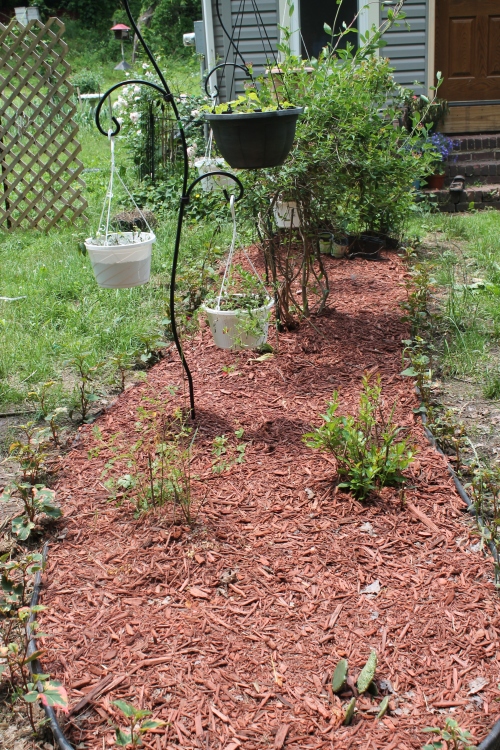 in june, shortly after I put in the edging and mulch. notice I just planted the prickly pear and hortunia. 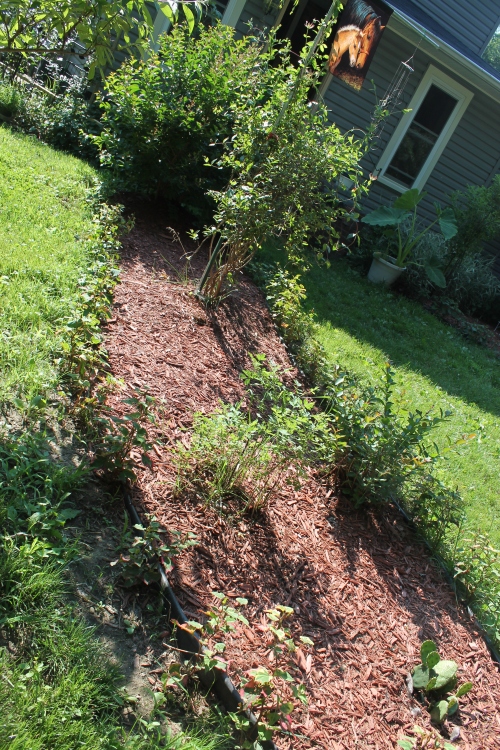 in july notice the hortatunia start to spread, the prickly pear is growing, the end bush my crepe myrtle is like bushed out despite having some frost damage in may. I removed the hanging pots decide the area before my door was getting to cluttered and I wanted people to be able to see the plants easier so I spread things out more. 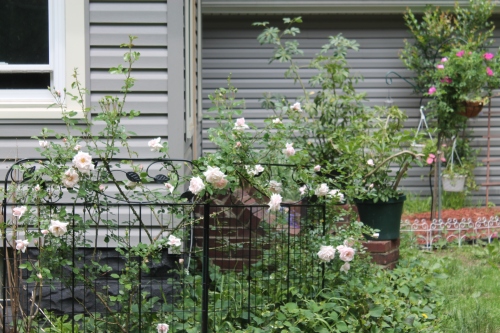 before, during june whne they bloomed now they have slowed down, 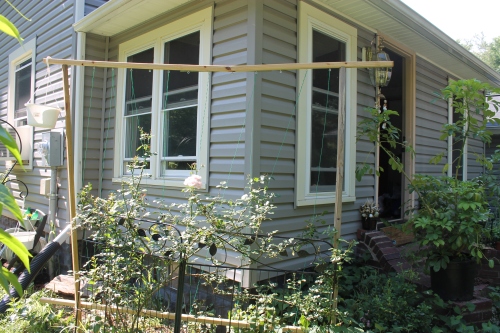 how do you like my makeshift arbor? I was trying ti keep costs way down my hubby said we are going over budget for things, so I spent 10 dollars for the poles (I had some already) and the eye screws and I had hte green wire already. what do you think? now I can keep the fence which I really like and have my arbor too, can’t beat that. will have to get back to you all later enjoy.

what color is my hollyhocks for real? 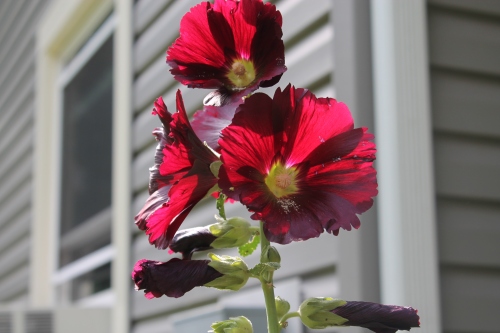 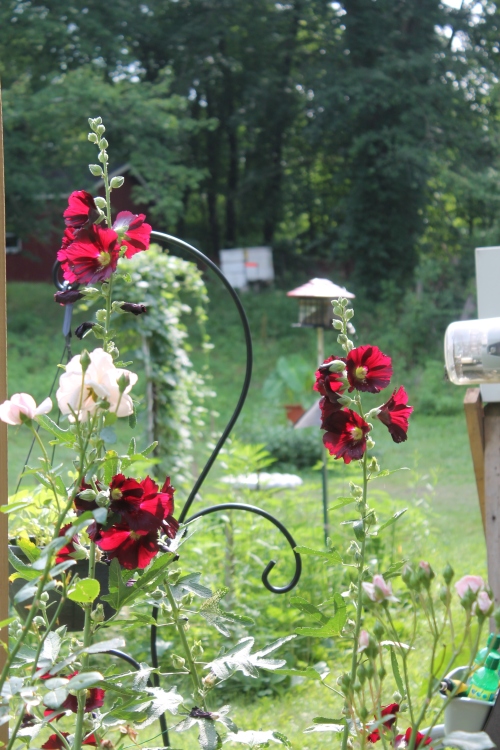 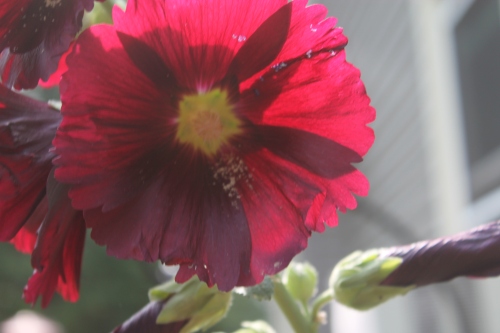 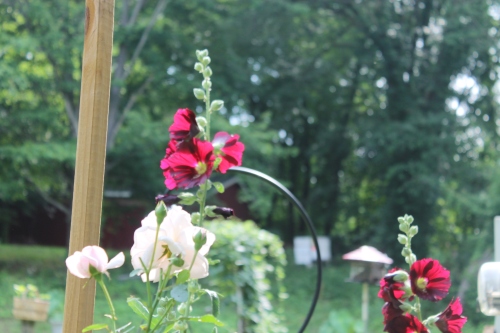 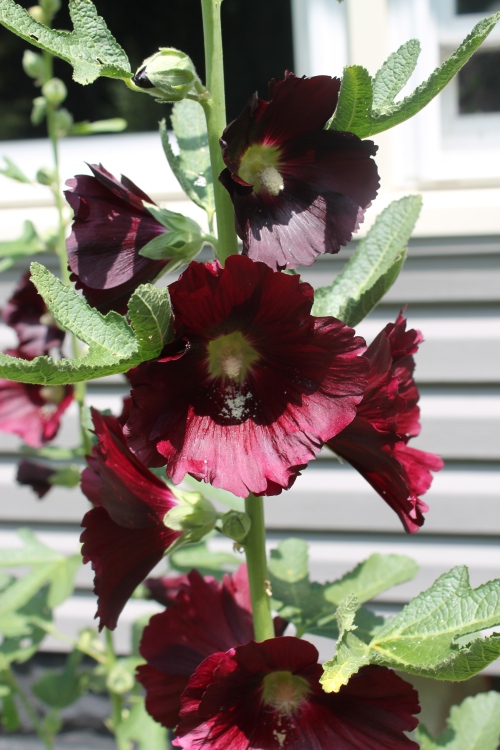 this is what my holly hocks look like with the sun shining from behind through them and when it is not, notice how the seem to be glowing, no wonder this color of hollyhock exists it glows when the sun hits it, wow.